The Rangers Charity Foundation celebrated 10 years of partnership with UNICEF in season 2018/19, having donated over £660,000 over the course of the decade to support a variety of causes including education, health and emergency relief. 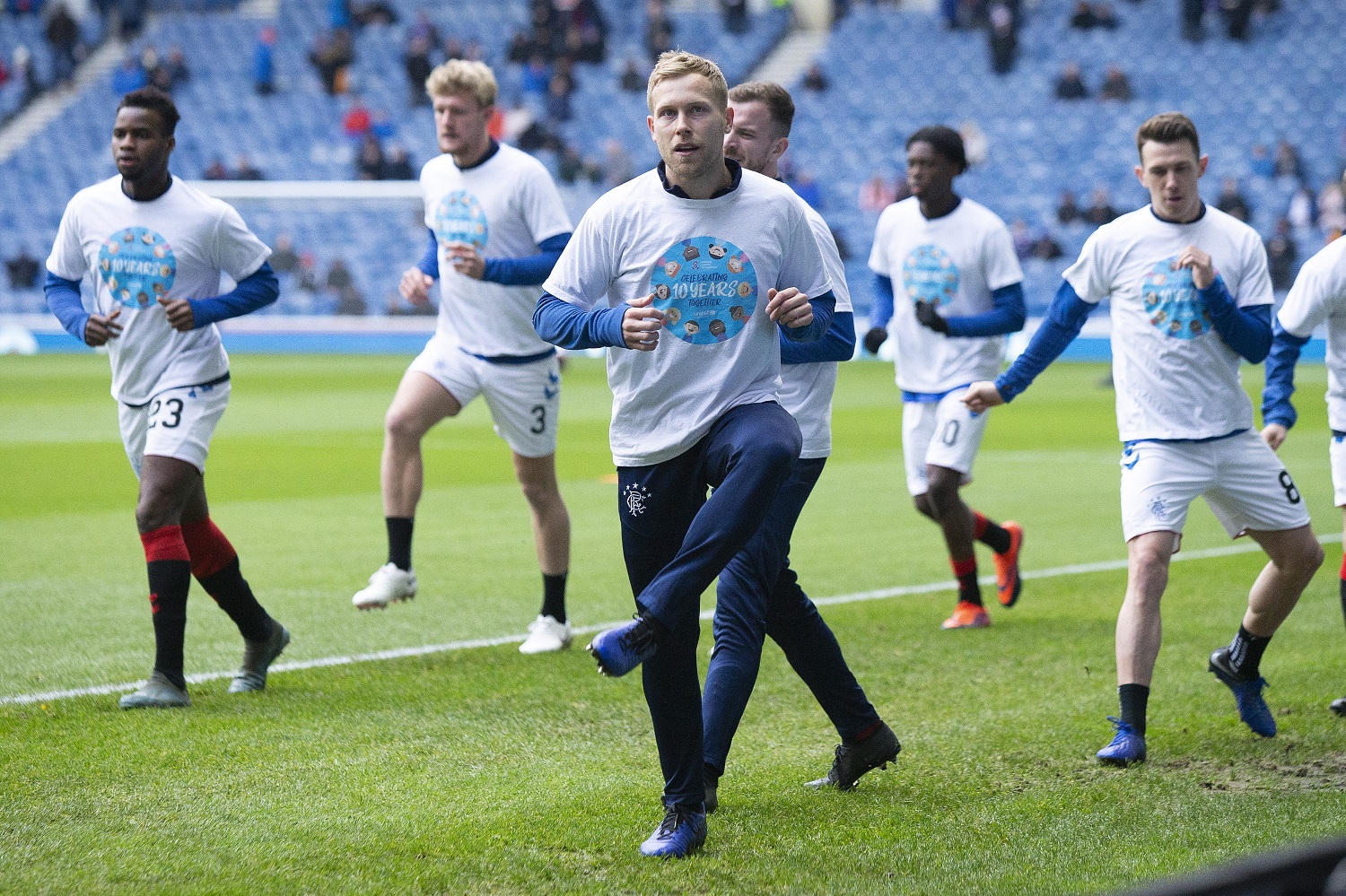 During season 2018/19, the Foundation raised £25,000 to help up to 400 school children and 200 nursery children receive an education in an emergency situation. The donation purchased ten temporary school tents, ten school kits and ten childhood development kits, hundreds of school bags, footballs and skipping ropes and supported the Children’s Emergency Fund.

Unicef UK’s Children’s Emergency Fund enables UNICEF to provide a rapid response for children affected by emergencies, whenever and wherever they hit.  This means that UNICEF is able to respond immediately with supplies and services to help children in crisis, without having to wait to launch a public appeal.  The Fund is vital for UNICEF to help children caught up in emergencies that may not have attracted wide attention or where interest has waned.

A special Unicef 10 matchday was a highlight of the season, with the players warming up in specially designed anniversary t-shirts and fans in the Sandy Jardine Stand taking part in a card display ahead of kick-off.  A can collection was held at the match and a child’s colouring-in competition in the Fan Zone and Family Stand, and videos were screened with players celebrating the milestone.  A half-time presentation was also made on the pitch to UNICEF representatives. 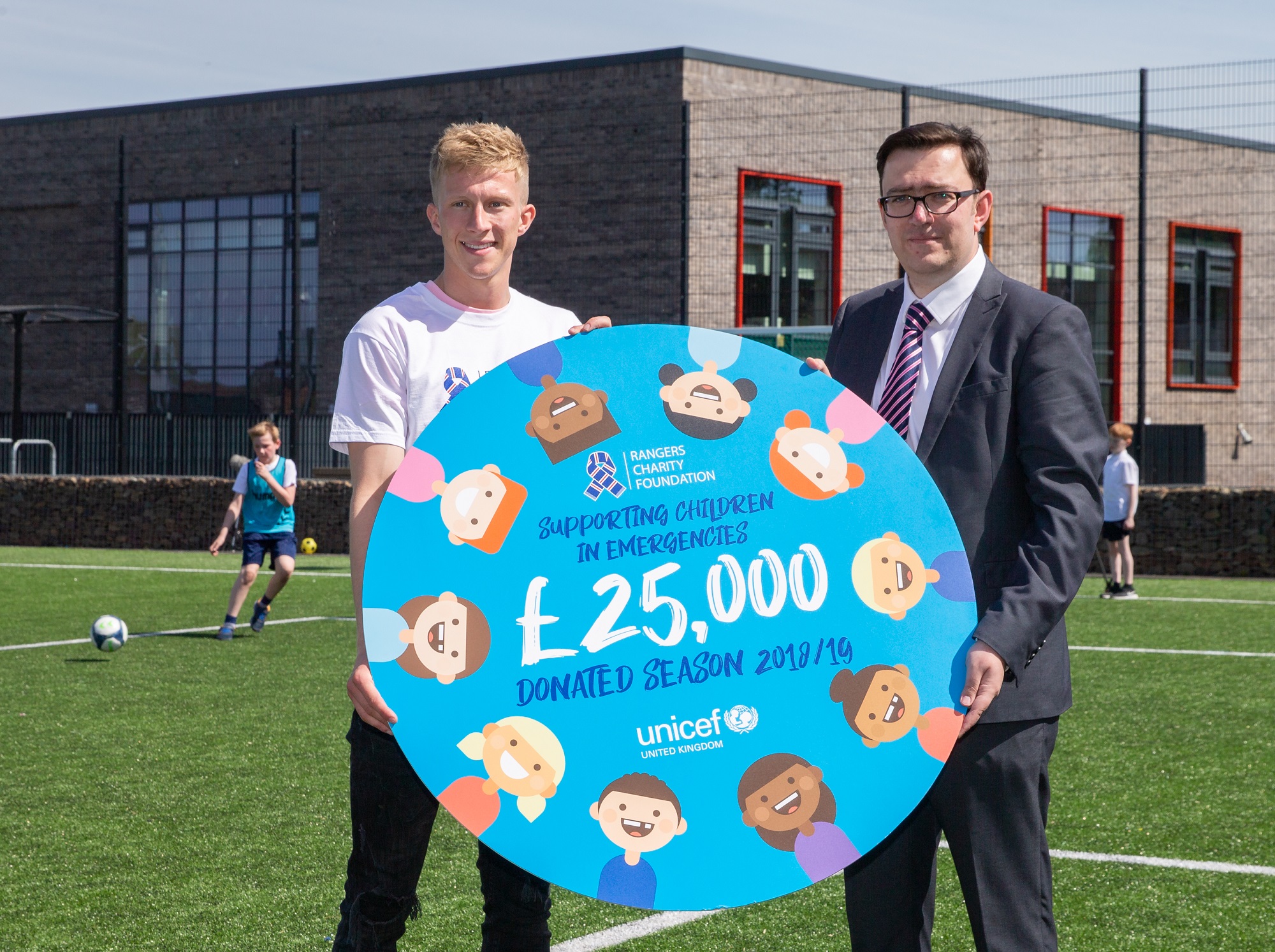 “Our relationship with UNICEF adds a different dimension to our charitable work and builds upon the activities we already deliver to communities throughout Scotland, not just within the charitable sector but also in education, health and wellbeing and social equality.” 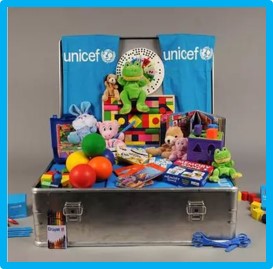 Mike Penrose, Executive Director of UNICEF UK, added: “We are extremely grateful for all of the support and commitment Rangers Charity Foundation has shown to UNICEF over the last ten years. It is an amazing achievement that over £660,000 has been raised during this time for some of the world’s most vulnerable children. We are committed to continuing to work together to provide a safer future for every child.” 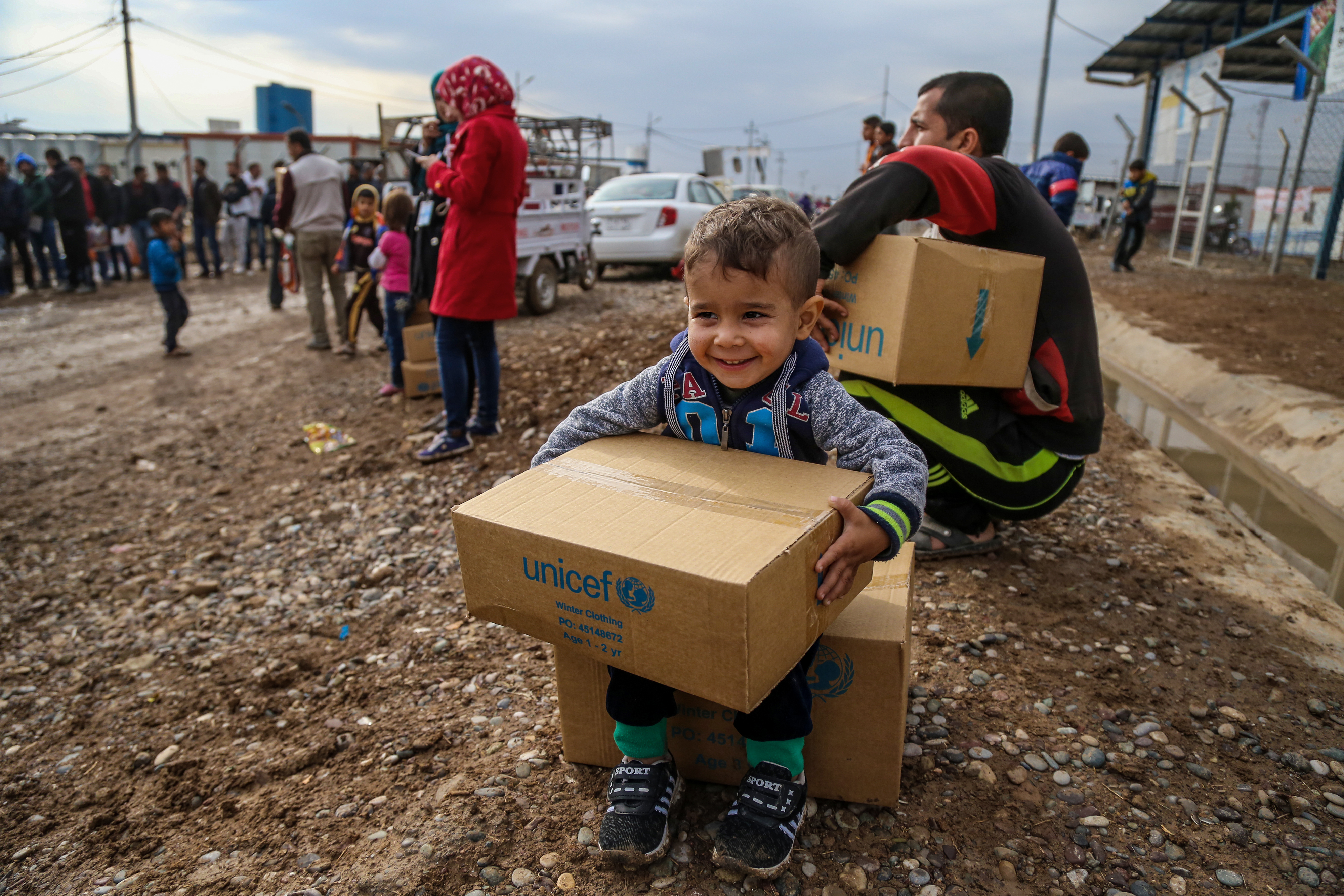 UNICEF is the world’s leading children’s charity, reaching children in more than 150 countries around the world.  UNICEF works with local communities and governments across the globe to help every child realise their full potential by providing health care, nutrition and education, and by protecting children affected by crises including war, natural disasters and HIV and AIDS.  The partnership with the Rangers Charity Foundation was the first relationship of its kind for the charity in Scotland.