The Foundation will hold a can collection at Armed Forces Day at Ibrox on Saturday 14 September in aid of its Armed Forces Fund which this season will support SSAFA, Erskine, Bravehound and the Coming Home Centre in Govan. 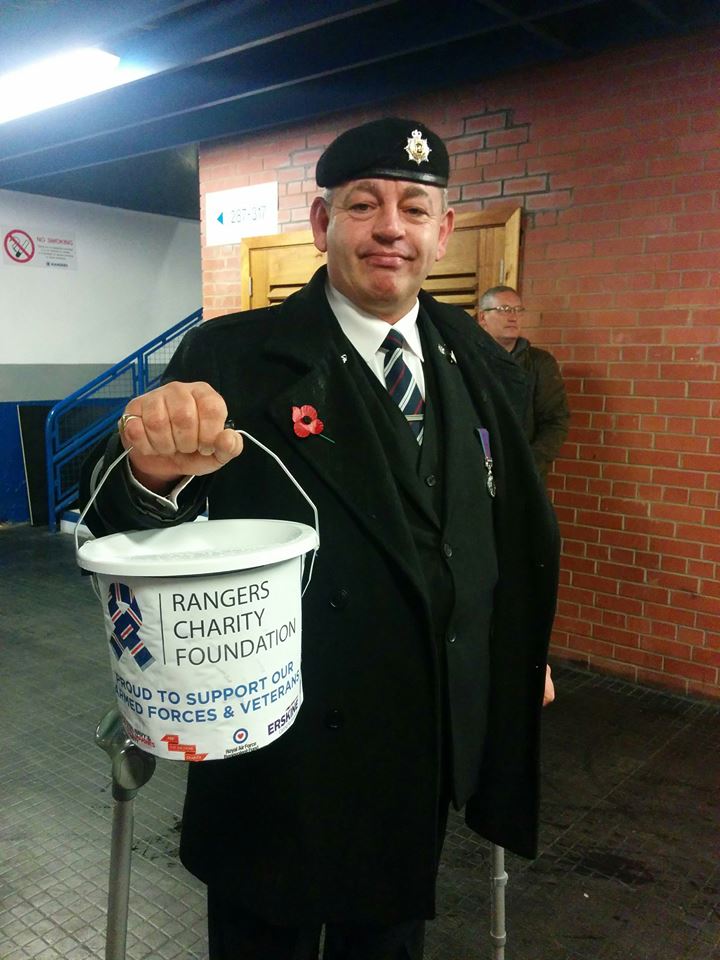 Over the course of the season we aim to raise £10,000 to be split between these four vital charities which care for veterans and serving personnel.

On Saturday, Foundation volunteers will collect at the turnstiles for the Armed Forces Fund while around 250 services personnel will be welcomed to Ibrox for the game against Livingston as part of the Armed Forces Day celebrations.

Rangers fans have always been huge supporters the Armed Forces Fund, and this season’s charities do some amazing work, offering a life-line to veterans and serving personnel.

The Foundation has worked with SSAFA on several occasions, helping them deliver personalised support to over 750 members of the Armed Forces community in need in Glasgow alone each year. 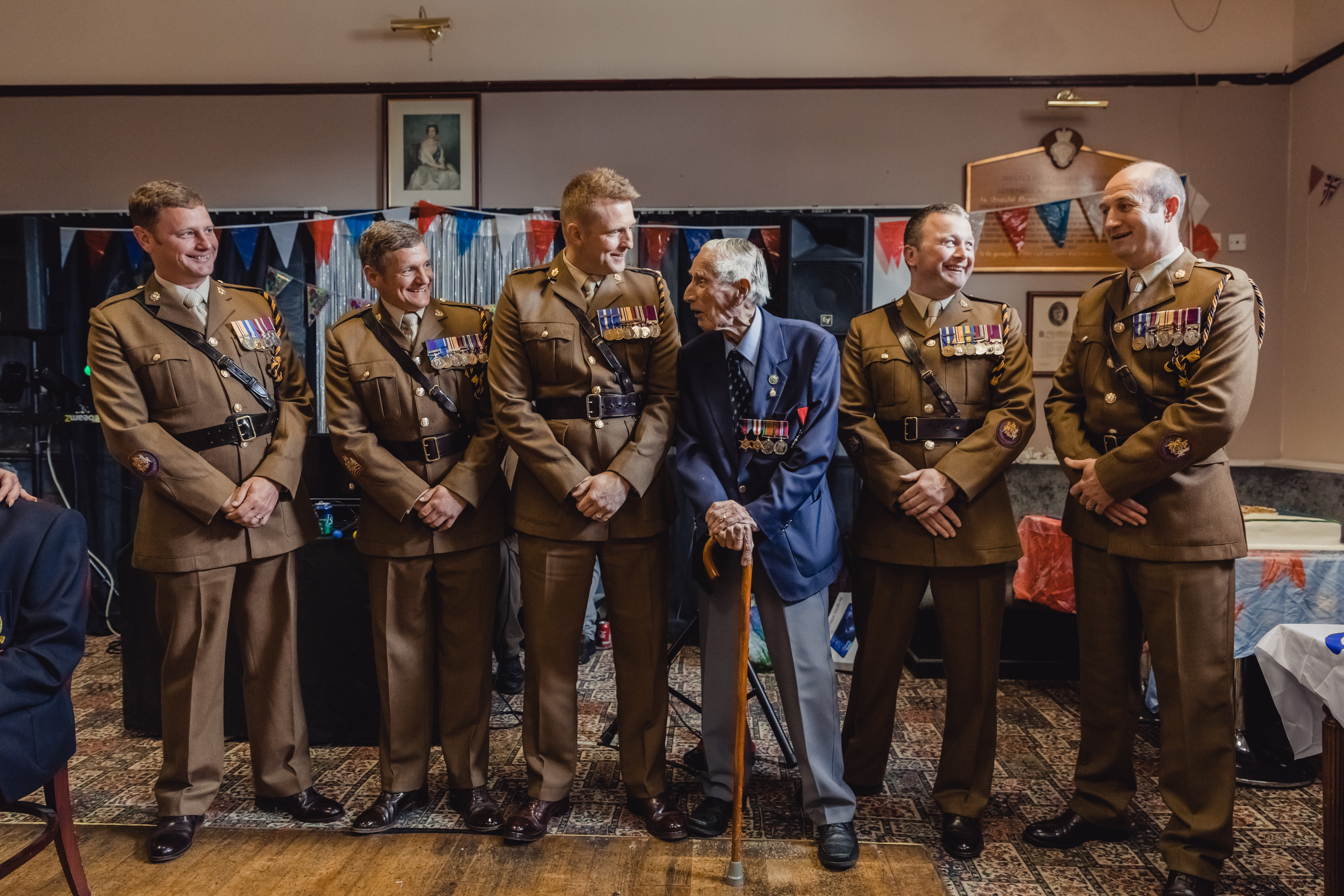 The Coming Home Centre in Govan, close to Ibrox Stadium, is also a long standing partner, offering veterans a place to meet and enjoy peer support and camaraderie.  The Centre also offers a wide range of support and advice and workshops and activities, from music and art therapy classes to cooking and woodwork. 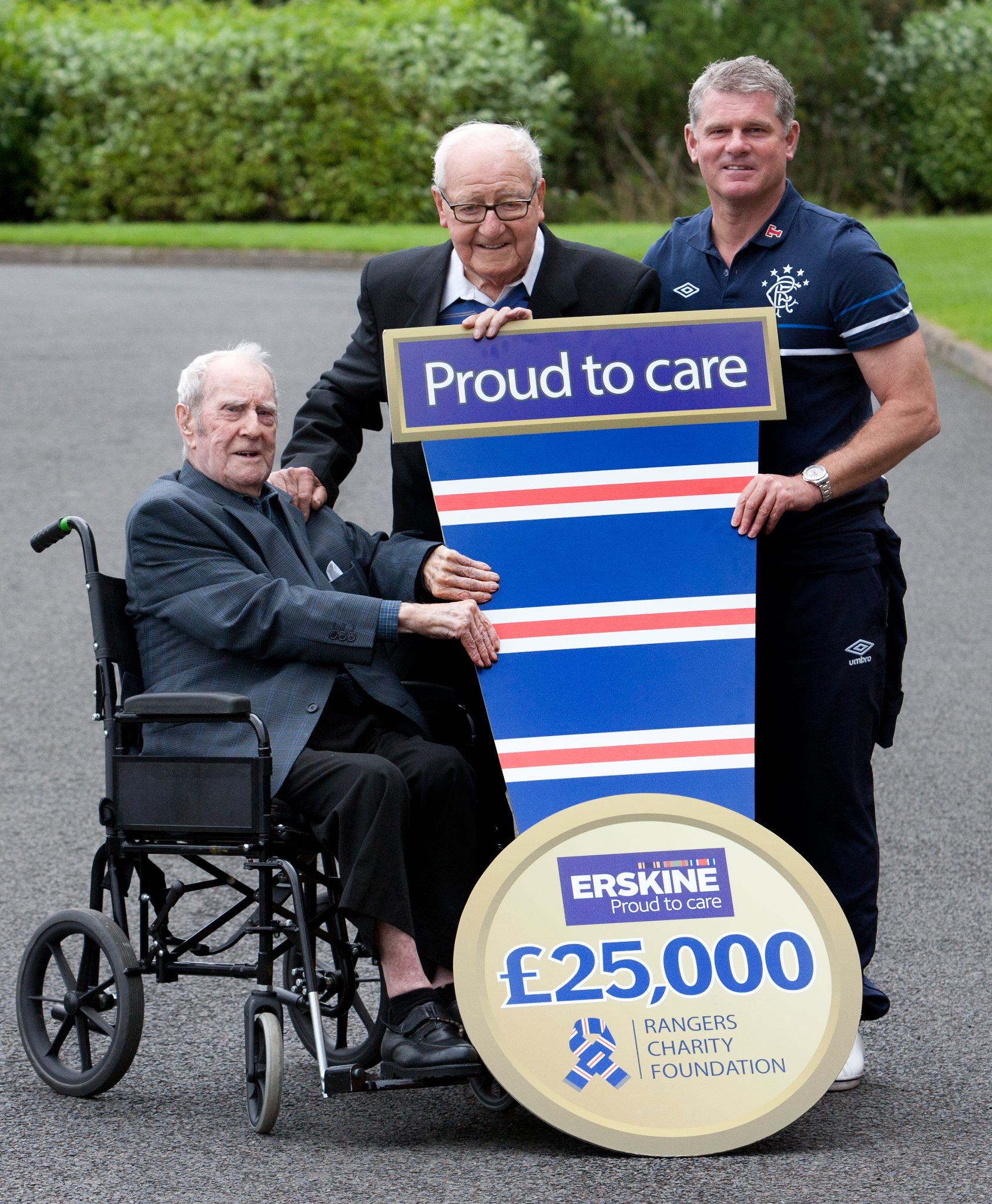 Erskine is Scotland’s foremost provider of care for veterans and their spouses and has had a long relationship with the Foundation.  Over the years we have funded a range of projects including purchasing electric profiling beds for residents and a specially adapted mini-bus, refurbishing the Royal Scots Shop, buying equipment for the Activity Centre and contributing to the charity’s Centenary Garden project.

The final Armed Forces Fund partner this season is Bravehound, which provides companion and assistance dogs to veterans living with physical injuries and mental health conditions, including PTSD, anxiety and depression. 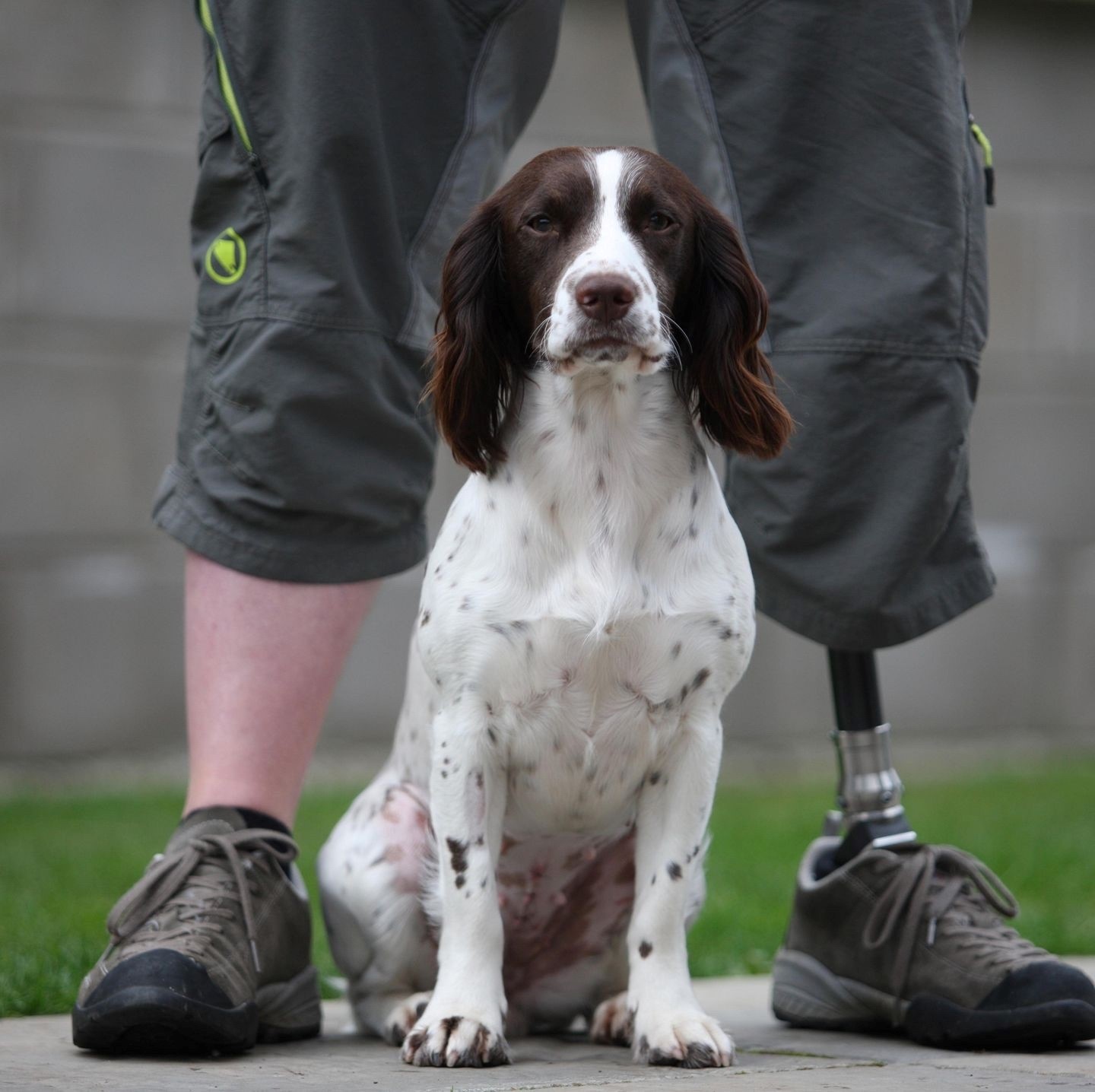 This is the first time the Foundation has partnered with Bravehound, and the charity couldn’t be happier with the support.  CEO and Founder Fiona MacDonald commented: “Bravehound is delighted to have been selected to benefit from the Rangers Armed Forces Fund, which will make a huge difference to the welfare support we are able to provide for each Bravehound through its lifetime.

“Bravehound dogs are transforming the lives of isolated veterans all over Scotland, and we’re incredibly grateful to everyone at the Rangers Charity Foundation for your support.”

“I’m sure the fans will back the Rangers Charity Foundation’s can collection in support of the Armed Forces Fund, which does some incredible work with services-related charities.”

“Last season I experienced my first Armed Forces Day at Ibrox and the atmosphere was fantastic.  The fans really gave the troops a welcome to remember and it was a great occasion. 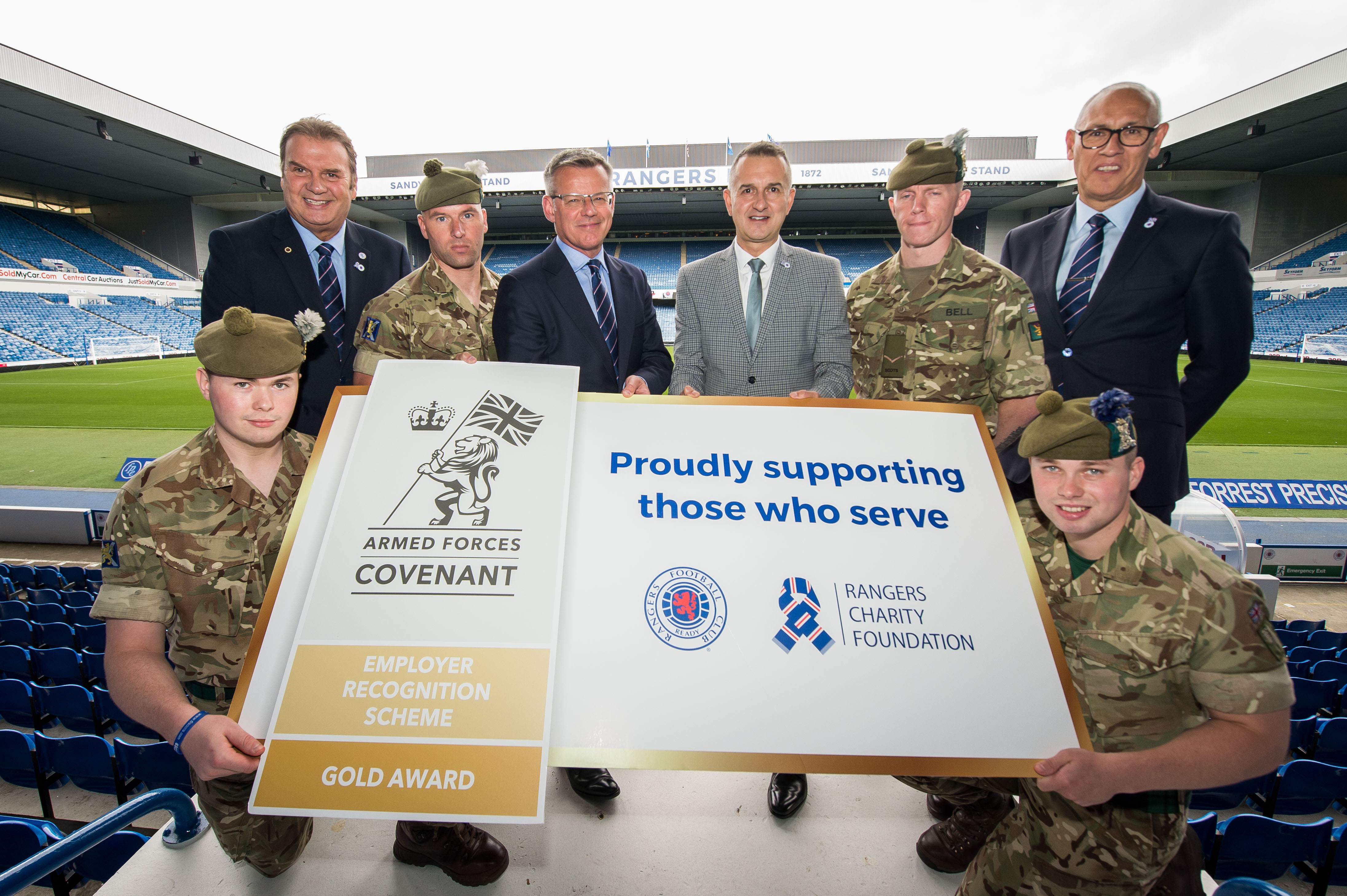 Lieutenant Commander Gary Farmer, Royal Navy, added: “The Club and Foundation has always had a strong relationship with the three Services and over the last few years we have been impressed with its commitment to the Armed Forces - especially the tireless work the Rangers Charity Foundation does to raise funds for service and veterans charities.

“Indeed, that work was recognised this year with Rangers and the Rangers Charity Foundation becoming the first football club and club charity to win an Employers Recognition Scheme Gold Award, due to their advocacy of the benefits of supporting the Armed Forces, Regulars, Reserves and Veterans communities - a tremendous achievement!

Rangers FC and the Rangers Charity Foundation have a proud tradition of supporting serving personnel and veterans.  The Foundation has donated over £180,000 in cash to armed forces and veterans’ charities to date, as well as significant in-kind support.

The club and Foundation donate tickets for veterans via the ‘Tickets For Good’ scheme and the Foundation’s Glasgow Veterans United programme, along with Glasgow’s Helping Heroes, ensures that veterans have the assistance they need to settle back in to civilian life. Serving personnel are also able to buy tickets for home league fixtures at a reduced price (subject to availability). 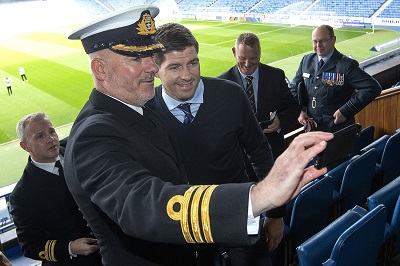 To find out more about this season’s Armed Forces Fund partners, take a look here. Get Your 55 Pin Badge Before They're Gone!