Foundation Director Connal Cochrane and Rangers Managing Director Stewart Robertson have signed the Armed Forces Covenant on behalf of their respective organisations, pledging to uphold the key principles of the Covenant and support serving personnel and veterans.

The Covenant was signed ahead of Armed Forces Day at Ibrox, which will take place on Saturday 17 September at the match against Ross County.  Around 250 armed services personnel will attend Ibrox for the event to honour the commitment and sacrifice of the men and women of the Royal Navy, Army and RAF.

The Armed Forces Covenant is a promise from the nation that those who serve or have served, and their families, are treated fairly.   Those who sign the covenant aim to support the forces through services, policy and projects.

The Club and Foundation have committed to a range of initiatives, many of which were previously in place but are now formalised under the Covenant, including seeking to support the employment of veterans, offering flexibility to reservist employees and families of serving personnel, taking part in the Tickets for Troops initiative, offering ticket discounts to serving personnel, supporting services-related charities and providing community programmes that target veterans.

Serving members of the Armed Forces who present their military ID in person at the Ticket centre will now receive a 25% discount off the ticket price for home league fixtures, subject to availability.

Armed Forces Day and activities around Remembrance Day are also part of the pledge and Saturday’s event will provide the Rangers Family with an opportunity to show their appreciation for the men and women who serve when representatives from each of the services take to the pitch at half time to receive the applause of the crowd. Fans will also be able to donate to the bucket collection being held at the turnstiles in aid of the Rangers Charity Foundation’s Armed Forces Partnership supporting Erskine, PoppyScotland, Combat Stress and The Rifles Regimental Trust’s Care for Casualties appeal.  A donation of £1 from every matchday programme sold will also go towards this partnership.

Armed Services Day will kick-off outside the Stadium with community engagement activities in the Argyle Car Park from 1pm.  The Royal Marines Band Scotland will perform outside the Megastore between 2pm and 2.30pm and will also entertain the crowd at half-time.

A representative from each branch of the armed services will lead the teams out onto the pitch prior to kick-off and personnel from the RAF will abseil into the Stadium from the Sandy Jardine Stand and hand the match ball over to the referee.

Former ‘Poppy Girls’ singer Megan Adams will also perform an acoustic version of “Still the One” prior to kick-off on the pitch.  Megan, whose dad is Commander Billy Adams MBE, has sung at the Royal Albert Hall and on the pitch at Ibrox on previous occasions and is sure to receive a warm welcome from the crowd. 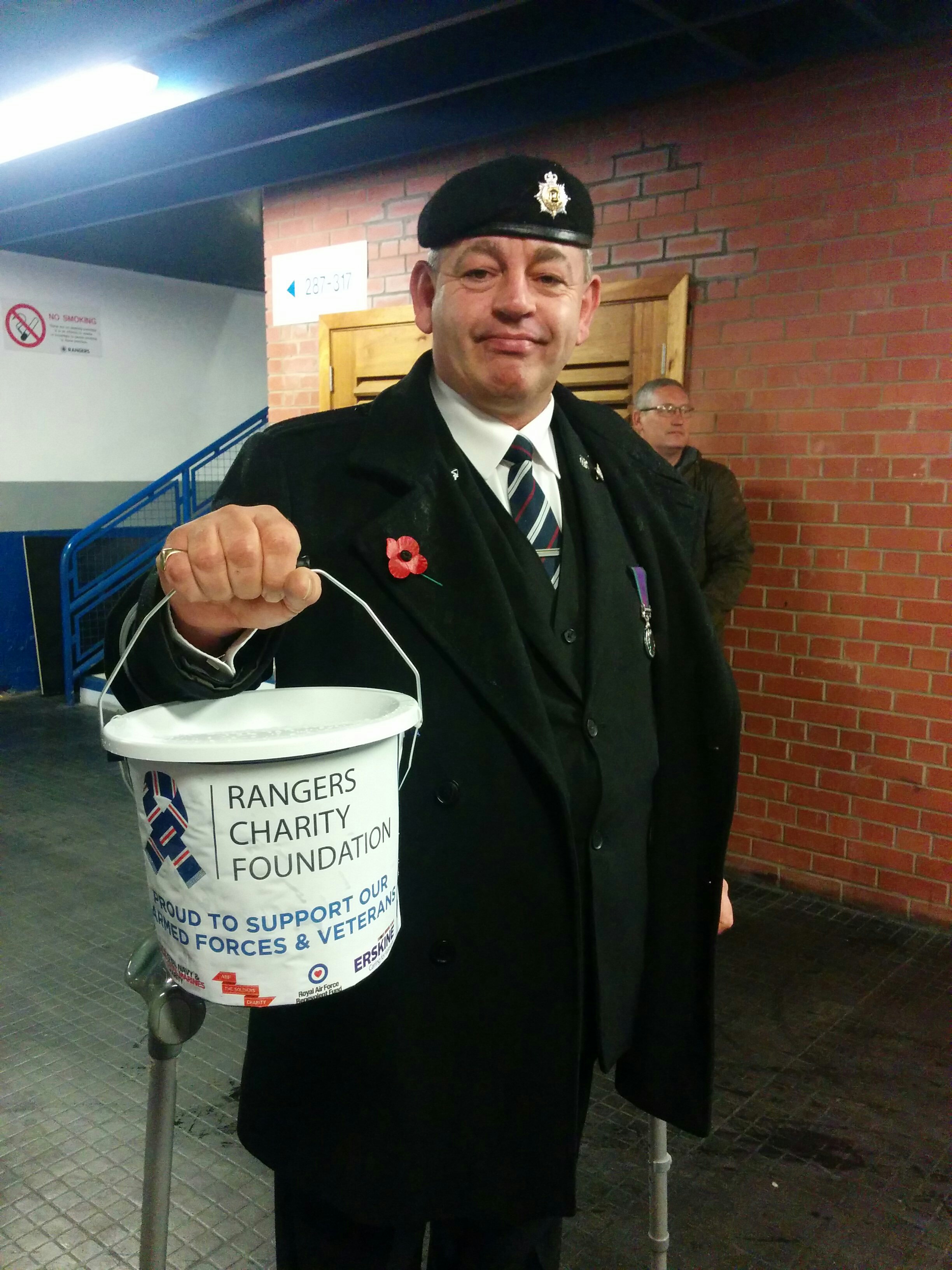 Lieutenant Commander Gary Farmer, Royal Navy, commented, “We are delighted that Rangers Football Club and the Rangers Charity Foundation have signed the Armed Forces Covenant this week and hope that this will lead to other professional clubs in Scotland signing too!

“It is wonderful that the Club continues to invite us to Ibrox every year to celebrate the contribution our Armed Forces make and we recognise that the Rangers Charity Foundation helps raise so much money for service charities.

“We are grateful for the continued support of Rangers Football Club and the Rangers Charity Foundation and the Club’s supporters at this event.”

Rangers Manager Mark Warburton added, “It will be great to see so many serving personnel at Ibrox and I know the fans will give them the warmest welcome possible.

“We owe a huge debt to all the men and women who serve and I hope they enjoy Armed Forces Day, which is just a small token of our appreciation for all they do.”